This certification process is very thorough and difficult, but our scientists have developed the ATMOSPHERE Air Purifier to meet the strictest guidelines for air purity. We're honored to have the first air purifier certified by the AAFA under its new testing program

According to the Asthma and Allergy Foundation of America (AAFA), asthma and allergies affect one out of four Americans. The AAFA and Allergy Standards Limited (ASL) developed the asthma & allergy friendly™ Certification Program to help sufferers find products that fit their needs. The program recently announced the first air purifier to pass the certification's rigorous standards and testing &#9472; Amway Global's ATMOSPHERE® Air Purifier.

"This certification process is very thorough and difficult, but our scientists have developed the ATMOSPHERE Air Purifier to meet the strictest guidelines for air purity. We're honored to have the first air purifier certified by the AAFA under its new testing program," says Andy Gamm, Amway Global Brand Manager &#9472; Air Purification.

According to the Environmental Protection Agency, the air inside your home could be more polluted than outside. The ATMOSPHERE Air Purifier automatically monitors and protects the quality of your home's environment. ATMOSPHERE effectively reduces odors and removes up to 99.99 percent of airborne particles that are drawn into it, stopping allergens as small as 0.009 microns. These include particles such as pollen, bacteria, dust mites, viruses, smoke and other allergens.

The ATMOSPHERE Air Purifier earned the asthma & allergy friendly™ Certification Mark after passing scientific testing conducted by ASL at accredited laboratories. Products being considered are measured against scientifically designed testing protocols and rigorously enforced testing procedures. If they meet the criteria, these products are declared more suitable for asthmatics and people with related allergic sensitivities. They're identified by an asthma & allergy friendly™ Certification Mark, making it easy for consumers to spot the products that fit their needs.

An ATMOSPHERE air purifier can clear and clean the air in a 390 sq. ft. room in approximately 30 minutes with a technology that features three pre-installed filters. The CLARUSTM filtration system combines a pre-filter for larger particles, a High Efficiency Particulate Air (HEPA) filter for smaller particles, and a carbon filter to remove odors. The carbon filter has a surface area equivalent to 366 football fields and effectively reduces smoke, cooking, pet and other household odors. ATMOSPHERE only operates when needed, eliminating unnecessary noise and reducing energy consumption, earning the air purifier an ENERGY STAR® rating.

ATMOSPHERE products are available exclusively through AMWAY GLOBAL™ Independent Business Owners. The ATMOSPHERE Air Purifier has a suggested retail price of $971.50 and can be ordered by visitinghttp://www.amwayglobal.com.

About the asthma & allergy friendly™ Certification Program
The asthma & allergy friendly™ Certification Program was developed and launched in the United States by Allergy Standards Limited (ASL) in partnership with the Asthma and Allergy Foundation of America (AAFA). All products that are considered for the certification are tested in accredited laboratories on pre-agreed standards that were devised by ASL and approved by the AAFA. Both ASL and AAFA must approve all test reports before a product is awarded the certification mark. ASL is an independent company specializing in product certification. AAFA is a nonprofit organization and the leading U.S. patient advocacy and education organization dedicated to controlling and finding a cure for asthma and associated allergies. 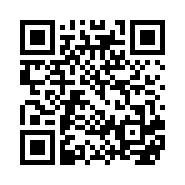